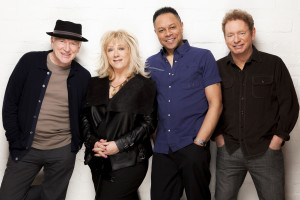 Shakatak, their jazz funk music and Number 9 MPA go back a few years to say the least, back in the day, in fact. They have performed at Fairfield Halls, Croydon, a couple of times, as well as Hideaway, SW16, three times and in April they will be at London’s Hippodrome Casino in Leicester Square.

Bill Sharpe, Jill Saward, George Anderson and Roger Odell are Shakatak, and have recorded their jazz funk music in over 57 albums and compilations and over 20 singles during the past 35 years. Bill tends to write most of the music and Roger the lyrics, but Jill and George have also co-written on many of the hits including Day By Day with Al Jarreau.

Their shows always have tremendous atmosphere right from before the band step onto the stage. As soon as they are tuned up, in they go with Invitations. From then on, their stage performance is electric, with the audience up on the feet from the offset. Jazz funk music at its best. They usually fit all the hits plus some off the latest album, “On The Corner”

Here is a clip of them performing “Nightbirds” live at the Epsom Playhouse:-

and “Easier Said Than Done” from TOTP back in 198?

Check out more information from Wikipedia and Shakatak’s website