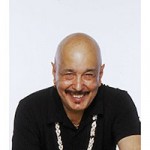 They are regular at chelsea’s 606 club, but have also been seen at the Royal Festival Hall Main Stage, The Barbican, Ronnie Scotts, The Jazz Cafe, Pizza Express-Deans Street as well as almost every major jazz festival including: Brecon, Marlborough, Chelsea, Ealing, Southwark, Greenwich and Soho.

The Band is led in partnership by Robin Jones who many consider the godfather of Latin Jazz in the UK and Nick Walker on Saxophone, whose compositions litter the set. Latin Underground features trumpet star Gavin Broom, Chris Kibble on piano, Marc Cecil on Drums and Gerry Hunt on Bass.

“Led by the ebullient Conguero Robin Jones, Latin Underground features some of the brightest stars of the UK Latin music scene” – Ronnie Scotts.

“Gillespie’s Legacy to Latin Jazz was celebrated with a stomping account of his classic Manteca” – John Fordham, The Guardian.

Robin has had a wildly varied career in Latin, Jazz and Pop music. His numerous performing and recording credits include: 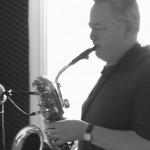 ed saxophone briefly with the late,great, Leslie Evans, before spending a year at Leeds College of Music.

He is a busy composer/arranger and is heavily involved in education, including instrumental tuition & running ‘Jazz Workshop’ and ‘Saxophone Ensemble’ at several schools in Herts/N.London 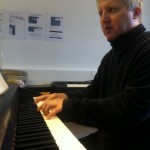 In recent years Chris has interested himself in developing his songwriting and music composition interests, and is often to be found working in his London Studio working both on solo projects and in collaboration with other artists writing and producing new music.

Chris’s love of a variety of music has also led him to an interest in helping other people appreciate the art of playing and he has a number of private students, as well as teaching jazz and blues, as well as composing and arranging classes at Goldsmiths College, London and LCCM, Southwark.

ry Hunt is a multi- instrumentalist, experienced in many styles of music.

He currently performs regularly with Robin Jones’ Latin Underground, Hot Orange Big Band, The Grand Union Orchestra, Joanna Eden, Brenda Rattray and The Medusa Sax Quartet. Gerry has been a member of the Grand Union for over 20 years.

Gerry has also worked for the National Theatre and various musical groups as Musical Director.

He is also a music tutor for Morley College and The Hackney Music Service, and workshop leader for various community organisations.